(Before I start typing... this is now the second time I am typing this because blogger decided to randomly delete all I had done earlier when my computer died... so here we go again...)

I guess this story really starts last Sunday. I had been on modified bed rest for about a week and we had a low key morning. Ran to Wal-Mart to get a few things and then headed to my in-laws for lunch like we do every Sunday. While there I started feeling bad. I checked my BP and it was 160/100. I had specific instructions to call my OB if my BP was over 140/90. I decided to rest for awhile and recheck it. It was then 150/100 so I decided to call my OB (thankfully she was on call that day). She told me to go ahead and come to the L&D triage and to go ahead and bring our bags because it might be time. We got to triage and my BP was borderline high, but okay. I thought we were about to go home and then the nurse rushed in because Rhett's heart rate had dropped pretty significantly. Thanks to his little decel we got to spend the night in the hospital so they could monitor him. We did get to have an ultrasound, they told us that he had hair and figured out he weighed about 5 lbs 13 oz, right on track for his due date (I was 35w5d at this point). Rhett's heart rate decreased 3-4 times again in the next 24 hours. They did a contraction stress test on me, where they started Pitocin to see if Rhett could tolerate contractions. He passed with flying colors. Monday at 6 pm my 24 hour urine came back negative for preeclampsia so they sent us home with an appointment to follow up with my OB the next day. 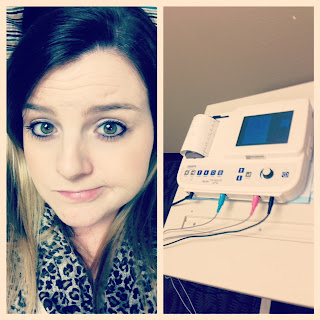 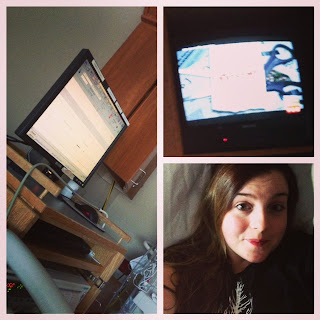 The next morning I felt okay, cleaned my house a little, and called my OB to make sure they REALLY wanted to see me again since she had just seen me two times the day before. They told me to go ahead and come to my appointment because they wanted to monitor Rhett some more. So my grandma came to stay with Hudson and I went back to Fayetteville to be monitored again. When I got there my BP was borderline (128/98)... I wasn't concerned. They hooked me up to the monitors and I laid there and read a magazine for an hour while they monitored Rhett. The nurse came in to check my BP again and it had gone up to 139/98. My OB came in and checked me to see if I was dilating and I was only at a 1 at this point, granted I was only 36w1d. She told me she was going to have the tech check my BP one more time and depending on what it was induce me that night. The tech came in to check it and it was 160/100 and I felt totally calm and relaxed... I hadn't told Bryan at this point because I didn't want to get his hopes up... he was pretty bummed we were sent home baby-less the night before because he was worried about me and my blood pressure being so high at home. My OB was too concerned at this point of me being at home with my BP being so high. So after my OB gave me the paper that said I was to be admitted to have this baby I knew it was for real this time. 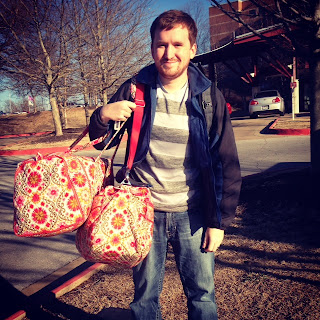 I called Bryan on my way out the door, he was THRILLED, and then made the call to my parents who were in Mexico on vacation. After getting my call at 2:30, they were on a 5 o'clock flight back home and made it to the hospital by 11 pm. Bryan and I met at home, loved on our sweet 2 year old for a few minutes, finished re-packing our bags (thankfully I had done laundry that morning) and I threw some tiny outfits into the diaper bag since we knew he would be little. We got to the hospital around 4 pm and the started me on cytotec and magnesium. I was told mag was going to be awful but other than a few hot flashes it wasn't too bad... because of the other meds they couldn't start my Pitocin until 1 am. I started having contractions right away but I wasn't dilating very quickly. Around 8:30 am I started hurting pretty badly and I got my epidural, I was dilated to a 4 at this point. About 2 I was dilated to a 6 and my OB broke my water... I was an 8 at 5 pm and then Rhett decided he wanted to stay put... I stayed between an 8-9 for 5 hours. I was craving Gusanos SO badly, my daddy went and got it for me around 9 pm and I was still only dilated to a 9 and I about lost it... I was VERY sleep deprived, STARVING (I had only had ice chips and popcicles for two days) and completely worn out. I texted some of my close friends to pray, my family came in and prayed over me (my mom and dad, Janet and Jordan, and Bryan were all there) and my nurse came in to give me a pep-talk. She told me that I needed to try to rest and if I relaxed my body would probably do the rest of the work. So everyone went out to eat pizza... Bryan fell asleep on the couch, my mom fell asleep on the floor (She and my dad had come straight from the airport and hadn't slept in two days either...) and I fell asleep. The next thing I knew my OB and nurse were coming in to wake me up an hour later to check me again because my contractions were getting pretty strong on the monitor. My OB told me I was at a 10 and they got the room ready for delivery. B texted our family to come back and literally with 4 contractions worth of pushing (about 15 minutes) my sweet baby Rhett Joseph was born. I had at one point told Bryan I was done having babies... but the second they put that sweet tiny boy in my arms, it didn't matter and it was all worth it. 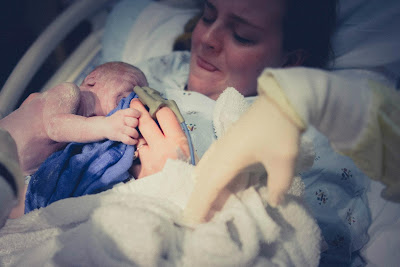 So we welcomed Rhett Joseph Buettemeyer on Wednesday, February 20, 2013 at 10:28 pm. He weighed a whopping 5 lbs 12 oz, and was 19 inches long. He has a head full of blonde hair (opposite of his big brother...) and looks JUST like his daddy. We were concerned he would need oxygen or some help at the very beginning but he was born perfect and needed nothing but loving from his family! 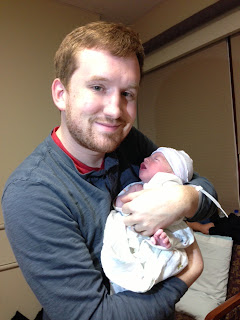 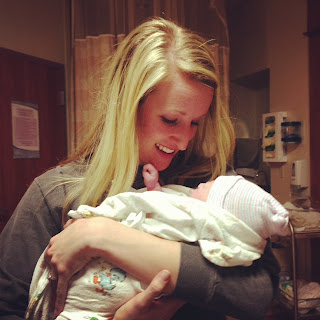 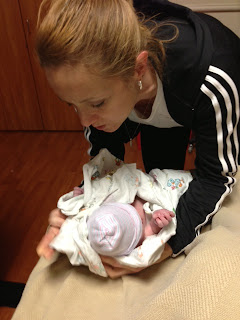 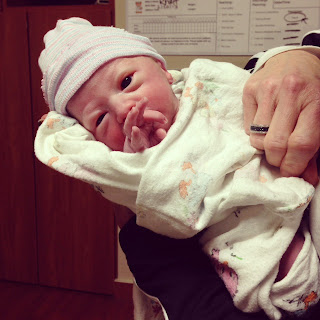 Our world has changed drastically. I am basically not sleeping. Hudson is adjusting to life with a little brother. My family feels perfect to me right now. I love being the momma of two sweet boys and am so thankful our little Rhett was born healthy!

I'll write more on life since his birth later... but when you're nursing every two hours it's hard to find time to do much else.
Email Post
Labels: rhett