Last Tuesday I woke up with the Stomach Flu. It was awful. Yesterday was the first day that I really started to feel normal again. Thankfully neither one of the boys got it, just Bryan and I, but the boys came down with Fifth's disease later in the week, you can see their rosy cheeks in some of the pictures below. So last week we got like 5 inches of snow and everyone in my house was running a fever. Let's just say that by the weekend, we all had a little cabin fever too!

I haven't felt much like blogging, nor had a whole lot to blog about since I've basically been laying on the couch all week. But now I am back and thought I'd do a bit of a photo dump of the last week in pictures from my phone! 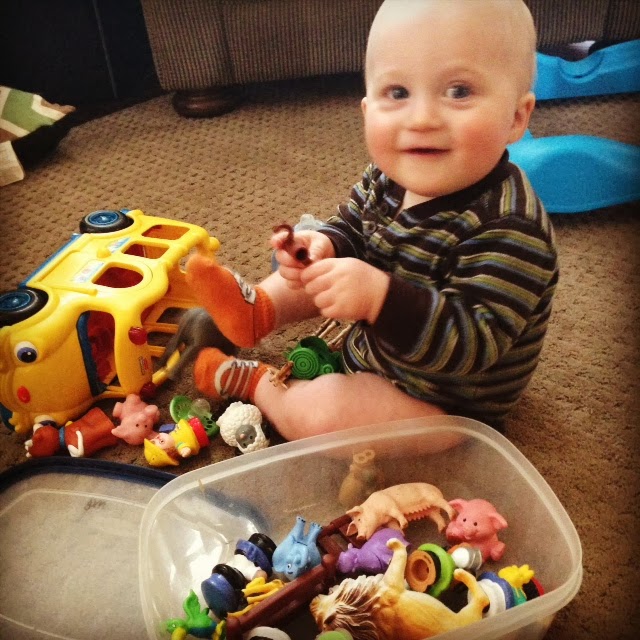 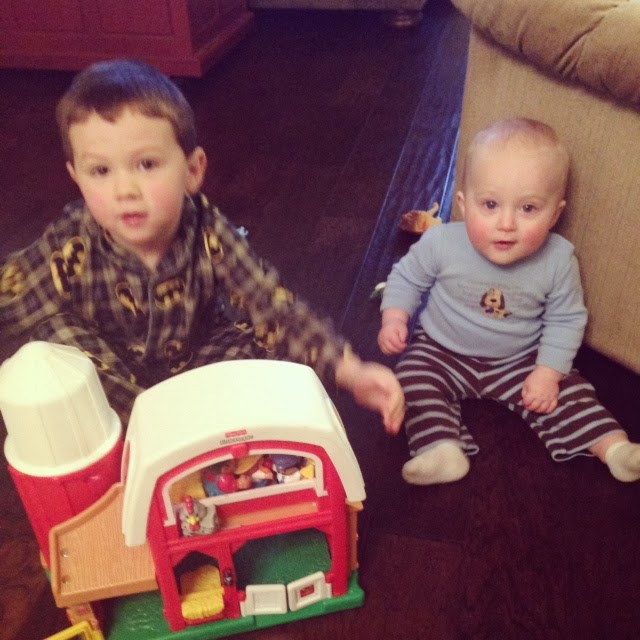 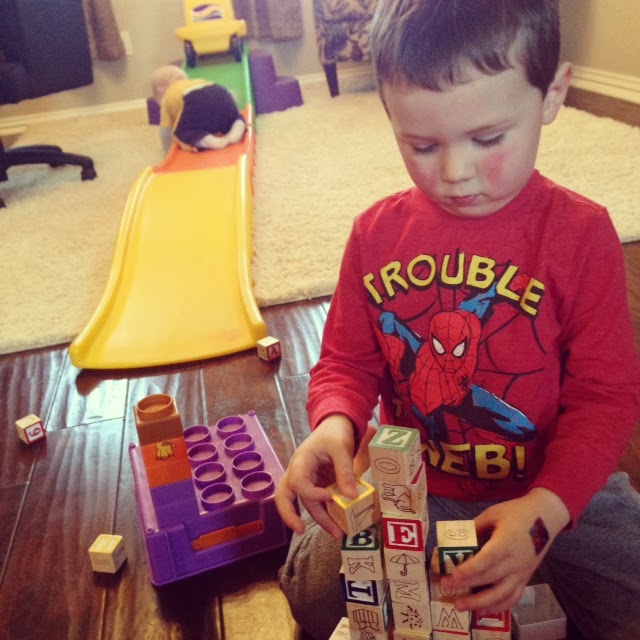 I had been racking my brain about what to get for Rhett for his birthday next week. It is hard to buy stuff for the 2nd child of the same sex, especially when they're a baby and not going to know the difference. The boys have been playing really well with their Little People Farm and all of the little stuff we have to go with it. My parents have the old school little people stuff and Hudson loves to play with the house at their house so I decided to get Rhett the house for his birthday. I started looking online and realized that the newest version is PINK. Seriously? Pink. Why can't it be gender neutral? So I decided I would get him the older version purple one, which was a little less girly but $15 more on Amazon. (I have no problem with my boys playing with pink toys, Hudson has a few of my old barbies and dolls that he plays with (of course, they're "superheroes") but it is just annoying that they had to make something pink that could be yellow or blue...)

I happened to look on Craigslist and there was a local girl selling a bunch of little people stuff. I was so excited. I met up with them on Friday and got everything pictured below for $30 (A $90 value!). Saturday morning I cleaned it all up and it looks like brand new. I put it in a box to wrap for Rhett's birthday. The boys will be so excited! 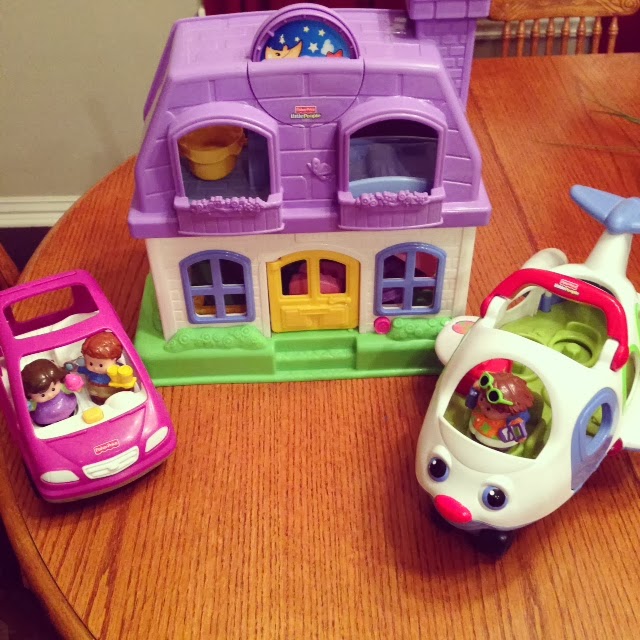 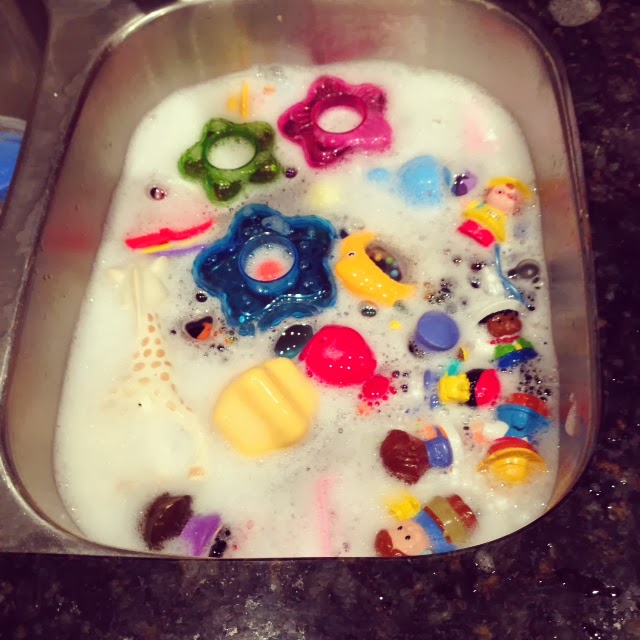 I've realized even more, especially with classic toys like this, why not buy used? I saved myself a lot of money and got more bang for my buck by spending 10 minutes cleaning it up in the sink. I also think about the packaging and resources that it saves and keeps out of the landfill.

On another note, the house didn't come with the mom and dad and baby. I've looked online and I can buy them on Amazon for like $20. I went to Goodwill hoping to score them there but no luck. If anyone has these little people they'd want to sell me, let me know! If not, I decided it isn't worth the $20 to buy them online and my boys probably won't know the difference. I'm just OCD and like to have all the pieces :)

Happy Tuesday, Friends. I am planning on a real post tomorrow!
Email Post
Labels: how i save hudson rhett