So I mentioned yesterday that I had started Whole30. I've been reading about it for awhile and it's very similar to 21 day fix but since I've been on a "counting diet" for over a year now and back in a stagnate place and feeling like CRUD I knew I needed a change (more to do with WW than anything else). I've had digestion issues for as long as I can remember and I've gone through several periods of eating Gluten Free and I always feel better but lately Bryan and I have had several conversations about why I am working SO hard and not losing weight. I know I'm gaining muscle but every day when I stepped on the scale I was either elated to be down a little or devastated to be up a little... it wasn't a healthy cycle. So when I started looking into Whole30 and saw that you CANNOT weigh for the 30 days, I was intrigued.

Whole30 is not associated with BeachBody-- I just want to start there-- and I'm not getting paid to talk about this. With that said-- It's very extreme. I probably wouldn't recommend someone take this on that isn't already making some sort of healthy choices in their diet... I say that... and then I tell you that Bryan is doing this with me... but it's "easier" for him because I am planning and prepping all of his meals so he just eats whatever I give him. That's the hard part. It's 30 days. JUST 30 days... but then it leads to a healthier lifestyle over all. The premise of Whole30 is to eliminate foods that create bad responses in our bodies. Those foods include: sugar, artificial sweetener, dairy, grains, legumes (basically anything good). It's supposed to rewire the way we think about food and how our brain responds to these foods and teach our body to go back to the right way of using FAT as energy instead of the massive amounts of carbohydrates that are in the American diet. Then after the 30 days you can slowly reintroduce these foods and see if you can pinpoint the ones that have been bothering you. So far sugar and dairy hasn't been that difficult for me... I've even been drinking my coffee black with just a little coconut cream (from a can). I've caught myself several times trying to grab a bite of the boys' food... so I think really it's just habits we have to break. 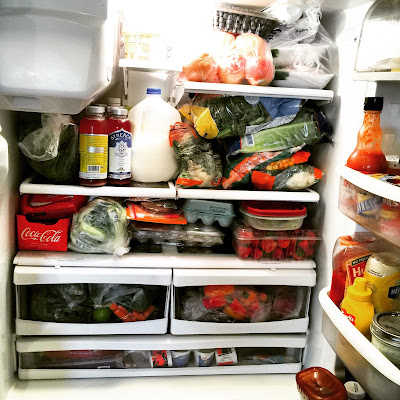 I meal planned on our way home from vacation and then grocery shopped (sans kids) on Saturday. Then Sunday I spent several hours prepping for the week. It was fun and I was excited after being on vacation and having Bryan's birthday to do something different. 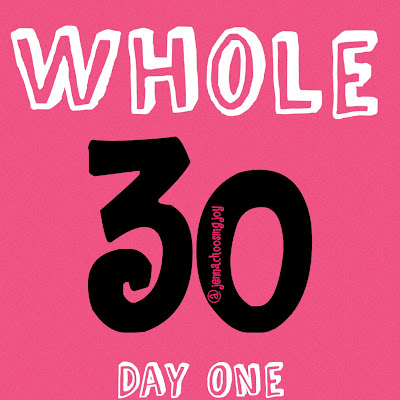 SOOOOO... What have we been eating?

Lots of bright colored, fresh foods with delicious ingredients. We got half of a grass fed local cow last week and it came at the perfect time right before starting this! 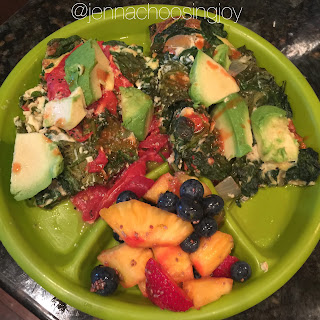 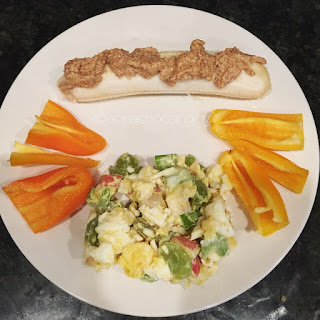 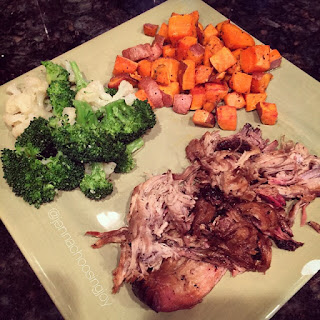 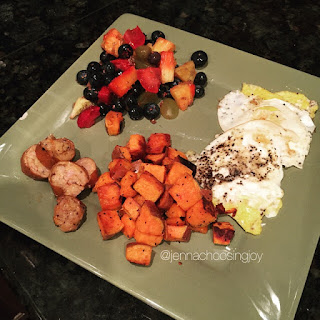 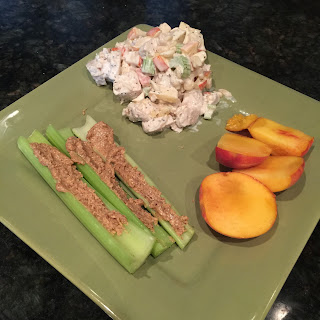 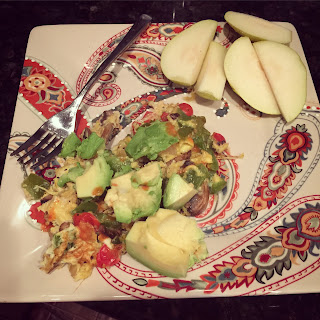 I made my own mayo for the first time and it was actually super delicious. I haven't felt hungry at all... and last night we were put to the test when we went out to eat for a family dinner. I looked at the menu at home to see what was Whole30 approved. There were two things on the menu with minor substitutions that we could have. I didn't struggle until the warm bread and butter came out... but then I just held Hank (my nephew) so I wouldn't be tempted. We left kind of hungry still but by the time we got home we were pleasantly full but not stuffed. 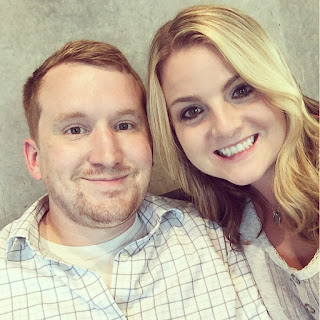 Today is day 4 and I am so glad to have this guy by my side on this journey. He's my number one supporter always and although he begrudgingly followed the rules at dinner last night-- he followed them, so I am proud of him. Anyways I'll keep you posted on my Whole30 journey. If you want to follow me on IG I'm posting a lot of our meals there. About time to meal prep for week two!

I'm also on hiatus from Weight Watchers right now. There are several reasons behind this... one of them being my fixation with the scale and counting things... and with everything going on with my family I've decided to step down from leading WW. It was a great season for me, but it's time I focus on family for awhile. I am sticking with Focus T25. I'm about half way done-- on week 5-- and then next week I start the Beta phase for 5 weeks. I am kind of terrified.

And thank you so much for the kind words, emails, texts, comments about my dad. I really appreciate it. It's been a rough week, but you've all been a huge encouragement to me!