"The Best Day Ever"

As a mom, I try really hard to make sure my boys are happy and healthy. Their basic needs are always taken care of. They're clean and well fed... they're safe and loved...

I fall asleep quickly at night because I am so worn out from the day... and often I wonder if I was enough. If I was good enough, attentive enough... if I said "yes" enough...

This morning I planned to take the boys to the park because it's supposed to rain the rest of the week and Rhett is finally feeling well enough to be outside. We started at our neighborhood play ground and Hudson asked if we could go to the park with the bridge... and usually I probably would have said no... but I thought, eh, why not? It was cool outside and other than picking up some groceries we didn't have any other big plans.

And it was the best yes I could have said today. 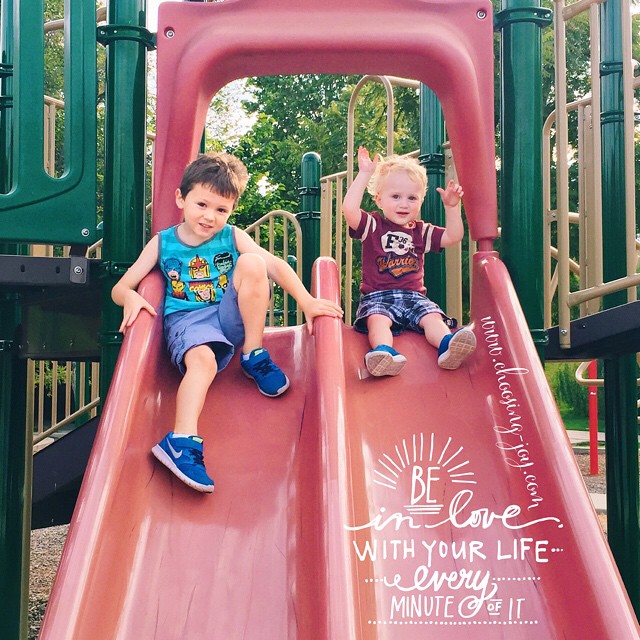 We played for an hour on the playground and then went on an adventure hike where the boys collected leaves and sticks and looked at bugs and fish. I let their little legs explore and run and get dirty. I snapped a few pictures and then left my phone in the car. 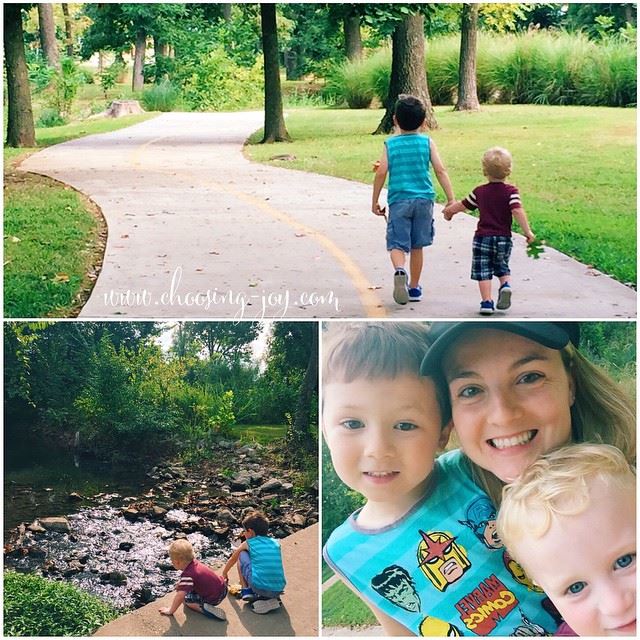 The days are so long with little ones and while I typed that it I know what a cliche' it is, but it's true... and I'm also at the point where I see the years are so short. My Hudson turns 5 in a little less than a month and a year from now will be heading off to kindergarten. The protective momma bear in me wants to keep him under my wing-- but I know he'll thrive at school. Until then though, I'm going to try to say "yes" more to little things... because who knows what adventures we might have... and then I'll get to hear my baby say "Mom, this is the best day ever" while we drink capri suns and watch the stream trickle by... and listen to Rhett giggle as he rides on my back and says "going on a 'venture".. it's about these moments. My boys don't care how fit I am, how much I weigh, if I have make up on, what clothes I wear, how much money I make... my boys want my attention. They want me. 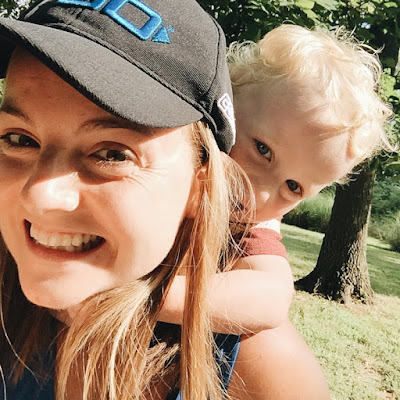 Tonight, I'll lay in bed and know that I was enough... thanks to Jesus and his forgiveness... I'm enough to point them to Him while they're under my wing. On my own, I fall so short. I have to ask for forgiveness so much it's embarrassing. I'm broken and I need a savior too. But because of HIM. I'm enough. And for that, I am so undeserving but yet, so grateful.

Happy Tuesday. Say yes to the little things today-- you never know what you adventures you might end up on.