This is a sponsored post written by me on behalf of Gluten-Free Cheerios. 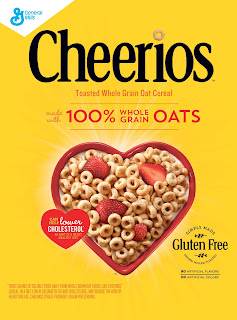 You may or may not know that I have a strong family history of Celiac disease in my family. While I have not been diagnosed with Celiac disease formally, I feel better when I am eating gluten free. So I’ve been eating Gluten Free for several months now. I’ve recently been trying to switch Rhett over to Gluten Free as well because he is so sensitive to everything and I want to see if it helps but it is SO hard to keep kids on a “GF” diet when big brother isn’t eating Gluten Free. So when I found out that Cheerios™ was coming out with new Gluten-Free Cheerios™ I was SO excited because I love cereal and it’s something I knew Rhett would eat and probably never know the difference because they look and tastes just like the regular Cheerios.

The story of Gluten-Free Cheerios begins with Phil Zietlow, an engineer at General Mills for more than 50 years. After discovering his daughter-in-law, Joyce, was diagnosed with Celiac disease, Phil set off on a nearly six-year mission to make Gluten-Free Cheerios™. General Mills wants everyone to be able to enjoy Cheerios™. Currently, about 1% of the population is Celiac, and as much as 30% of the population is avoiding gluten. It was important for General Mills to remove gluten from Cheerios™ so that these large groups could enjoy Cheerios™, too. General Mills also only wants what matters to go into its product, and by removing stray wheat, rye and barley, it is delivering a more pure version of Cheerios™. Gluten-Free Cheerios™ were achieved by changing the ingredient-sorting process — not the ingredients themselves. (The one exception is for MultiGrain Cheerios™, which was reformulated to include sorghum and millet instead of wheat and barley.) 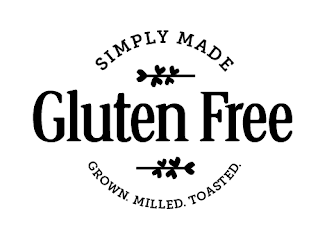 Consumers can find Gluten-Free Cheerios™ by looking for the Gluten-Free seal on packaging. It is beginning to appear in stores now, but will be almost fully available in September and YAY! The price will not change.

You better believe that the boxes barely came through my front door before I was tearing open the box to test out my favorite flavor. Any guess which is my favorite?! 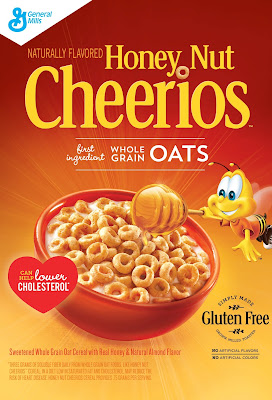 Yep, Honey-Nut Cheerios are my jive. And guess what?! These taste EXACTLY the same at the original version. Unless you see the seal of approval on the front of the box, you’d have no idea they were any different! They made me a quick fan. My boys ate the Apple Cinnamon Cheerios this morning and didn’t know anything was different about them!

Hop over here to learn more about Gluten-Free Cheerios!

This is a sponsored post written by me on behalf of Gluten-Free Cheerios.