We have had such a wonderful last few days! I got my Influencer Jingle Voxbox in the mail on Christmas Eve and HAD to try out the false lashes by Kiss. I've never worn false lashes before, but I really liked these and will definitely use them for upcoming special occasions! 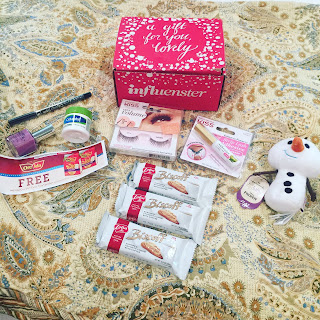 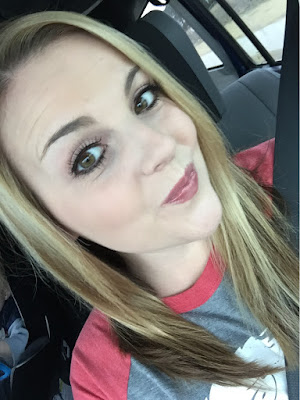 We went out to my parents house on Christmas eve to have dinner and play games. Rhett, Hudson and My dad put on a puppet show for us. 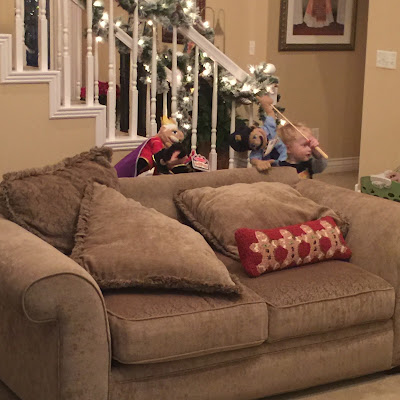 Then my mom, Bryan, Jenna (my brother's girl friend) and I played Pandemic and it was super confusing and we made up all the rules but we won in the end. Haha!! 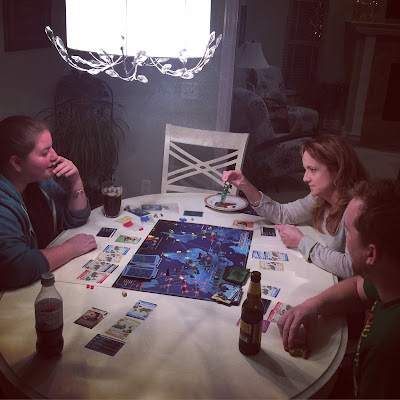 After our game Bryan and I took the boys home and set up Santa stuff. It is so fun being on this side of it. 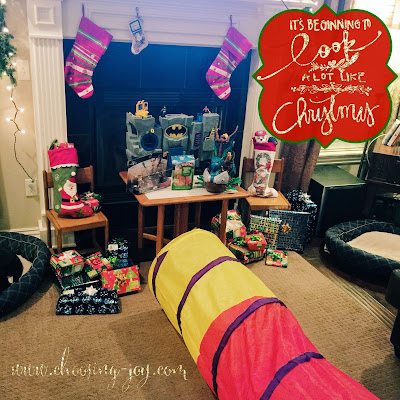 I got a StitchFix box on Christmas Eve too so I was super excited about my new sweater to wear on Christmas. After the boys got up and opened their stuff from Santa and us, we headed back out to my parent's house. 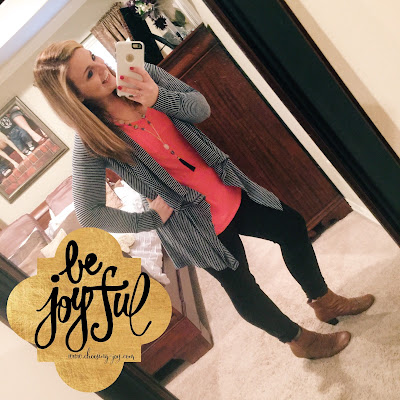 My mom made her "famous" donuts and the boys LOVED decorating them. And that's the only picture that I took of them on Christmas day. I put my phone up in the other room and enjoyed my time with my family. 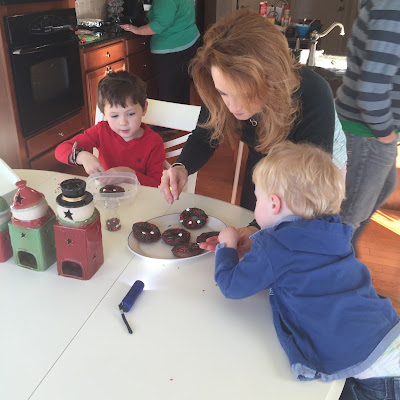 After a late lunch we took the boys home and put on jammies and took naps. We were all worn out. All day yesterday we rested and took it easy too. It's been a very low key but very good Christmas! 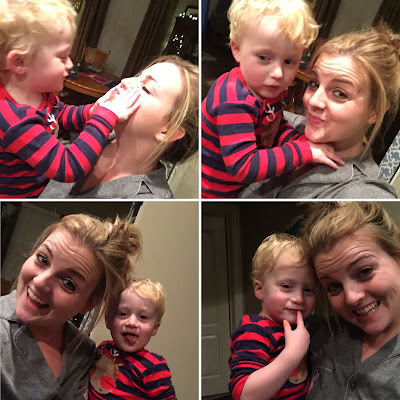 Yesterday I woke up not feeling well. We played lots of blocks and let the boys just chill. 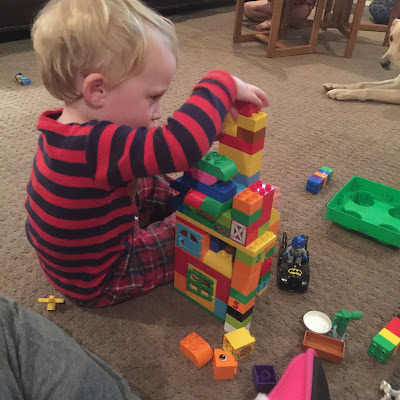 Bryan and I started "Making a Murderer" on Netflix and binge watched most of the season. 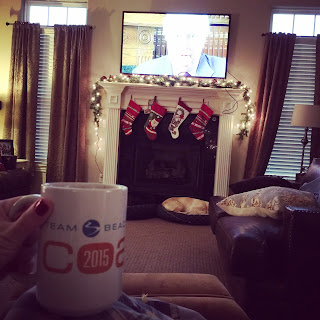 We've had the craziest weather, which involved two Tornado Warnings yesterday.  Thankfully all is well, but we may need to start building our Ark soon because it's been raining nonstop and isn't going to stop until Tuesday... yikes. 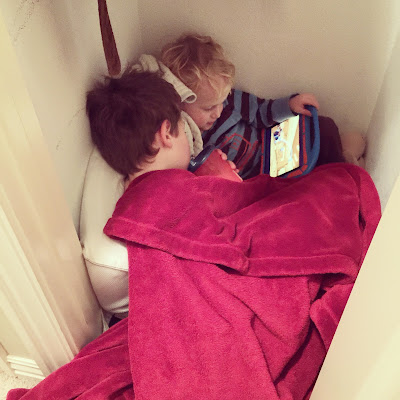 Hope you all had very Merry Christmases! Happy Sunday!