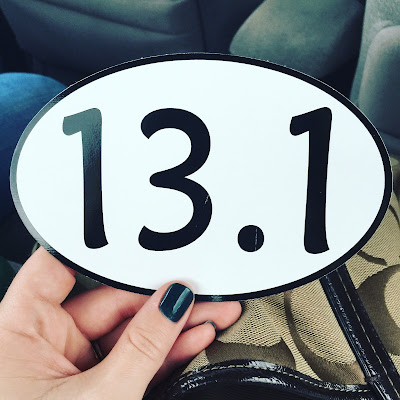 So we decided it would be fun to do another half marathon (after our miserable one in March...) and this time make it a "Girl's Trip". So we started training in August for a race in December in Tulsa (about two hours from where we live). 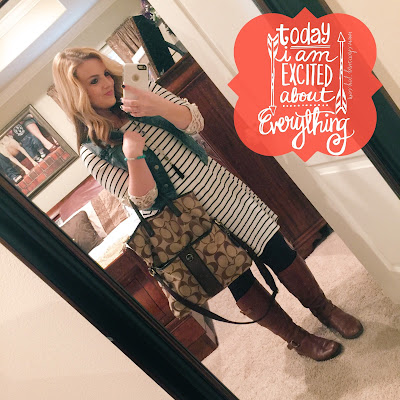 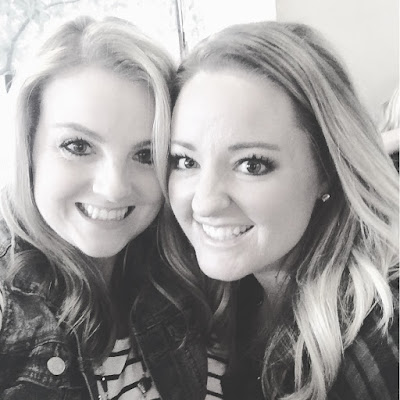 Katy, Rebecca and I ran together three times a week. Kelsey joined us at least once a week... we stuck to our schedule and busted out around 200 miles together (and yes I just added that up...) in the last four months. We were so excited for this weekend. We left Saturday morning and headed to Tulsa. We ate a yummy Mexican lunch and went shopping. We ended up back at our hotel and in jammies for a few hours before we put real clothes back on and went to eat a late dinner at Cheesecake Factory. 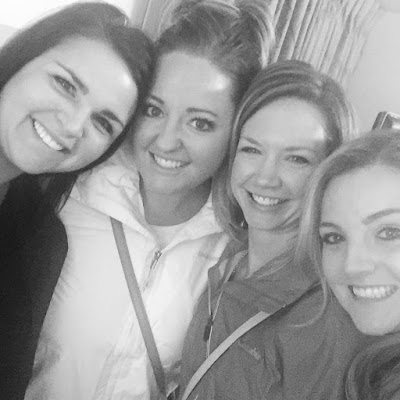 We stayed up late talking and laughing... it was so good for the soul. And then we woke up EARLY to eat some breakfast and head out in the rain to race! 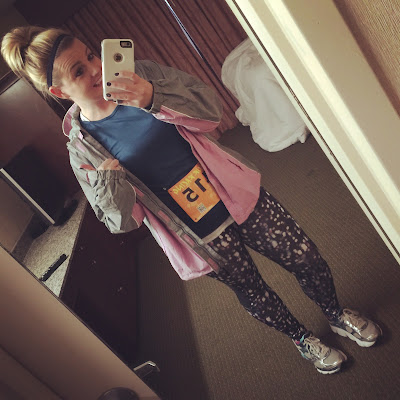 We had been told the weather was supposed to clear off AND that the course wasn't hilly... both of which we found out were VERY wrong. Katy and Rebecca's husbands came with their kids to cheer us on. I had told Bryan not to come because our boys were with Tony and CJ and I could ride back with Kelsey but we rounded the corner at mile 2 and Bryan was standing on the side of the course with his umbrella! I was so excited he came and surprised me! 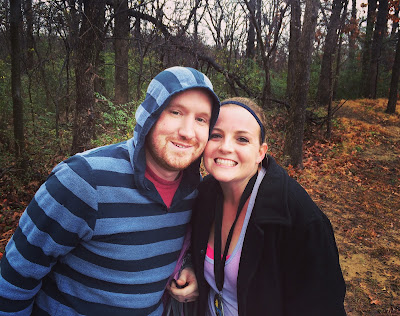 Despite the horrible conditions we got out there, stuck together and finished strong together in just under three hours which was 40 minutes less than the half we ran in March. It was Rebecca's first half, Katy's second and Kelsey and I's third. I felt better and more trained for this one but I am SO sore today. I'm proud of us! 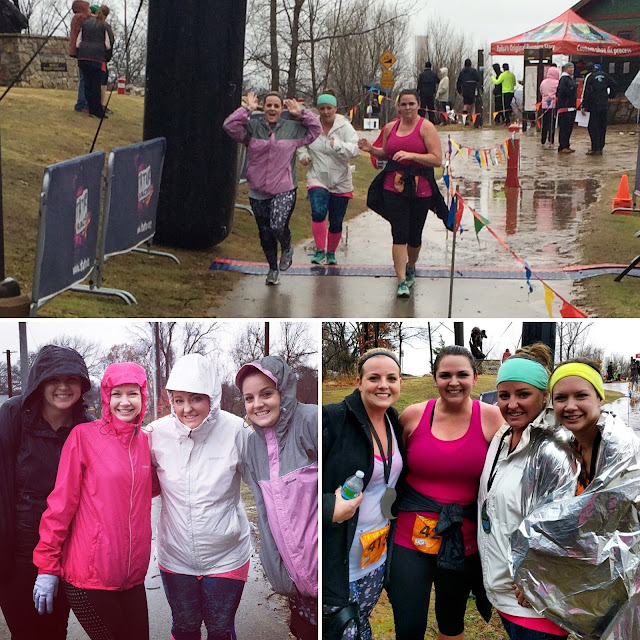 All of that to say- I couldn't have done it without them. I would not have run 13.1 miles in those conditions alone. Find friends who push and encourage you. Find friends who grab your hand when you say you cant take one more step and walk along side you (physically, emotionally and spiritually). These are my people and I am SO thankful for them and their friendship!

...and we're doing it again in April. Praying for no rain for that one, but if it does rain... we'll be prepared! Happy Monday!