So for Rhett's birthday (and because Bryan had the week off and my grandma had gifted us a night at GWL for Christmas) we decided to surprise the boys with a trip to Great Wolf Lodge in Kansas City (about three hours from where we live). We didn't tell the boys until Rhett opened a present with the wand and wolf ears (and some new swimsuits) during his birthday party so they were super excited. 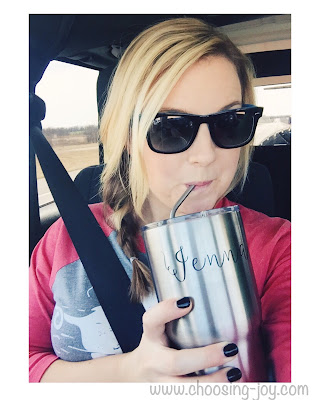 We have all been battling a silly cold for a few weeks now, which means I really upped my water intake. I love these new cups that I got for Bryan and I. They're similar to a Yeti but half of the price. (RTIC if you are curious, keeps the ice cold for like over 24 hours!). And because I have boys and love all things girly and personalized I put a cute decal on mine... anyways... we left for GWL around lunch time on Sunday and the boys were so excited when we got there! 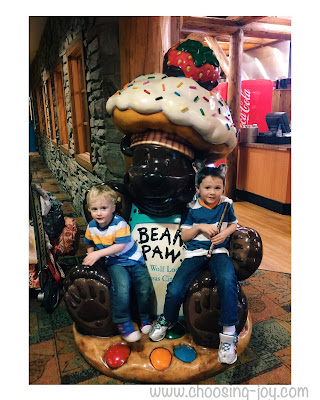 We got a bigger room this time that had the separate little "wolf den" area with bunk beds and the boys had their own TV. We will NEVER not do this, it was SO great. And because boys will be boys, we had to do a little climbing. 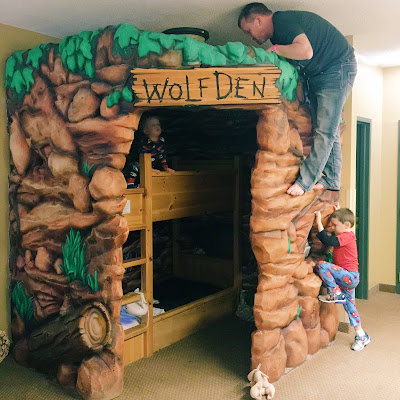 We went to the water park as soon as we got there and it was pretty busy for Sunday afternoon and then we went back and did showers and ordered pizza. At Great Wolf Lodge they have a nightly story time in the lobby. My boys loved going down in their jammies to listen. 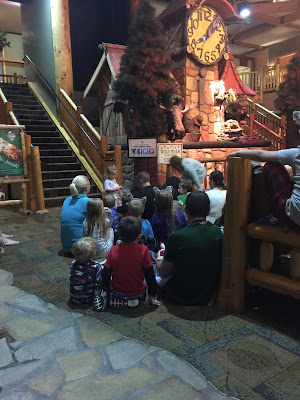 Monday morning we went to the KC zoo. It was a little chilly, about 50 degrees and we were literally like four of 20 people in the entire place. It was great! I think Bryan and I enjoyed it more than the boys because the animals were all super interactive! We spent almost 3 hours there. 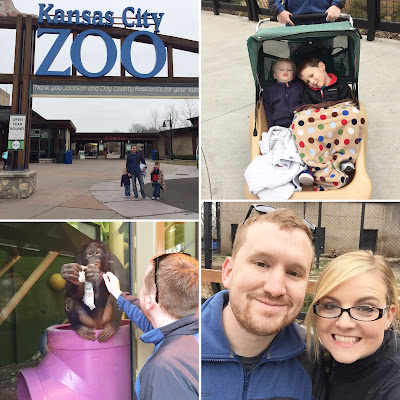 Then we went to grab lunch at a local BBQ place, we weren't impressed, Bryan has ruined BBQ for us because his is the best. We let the boys get ice cream when we got back to the hotel and then everyone laid down for naps. Even Bryan and I slept for close to two hours. It was glorious and almost 5 PM when we all woke up. Yikes! 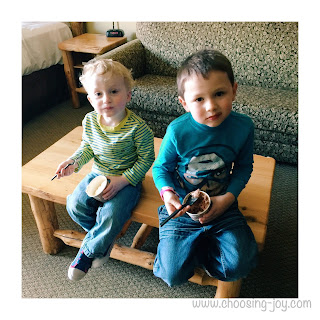 We went to TREX Cafe for dinner and then hit up the Waterpark. It was great because it was an hour before close and it was empty so there were no lines for the slides. The boys really loved running around there and swimming!

Tuesday morning we got up and Bryan took Hudson to the arcade while I packed up the room and got ready to go. We saved money by bringing our own breakfast, the boys had poptarts and apple sauce and I brought Shakeology for Bryan and I. Since I was feeling sick over the weekend I took a few days off from working out but I didn't miss a day of my favorite superfood shake. 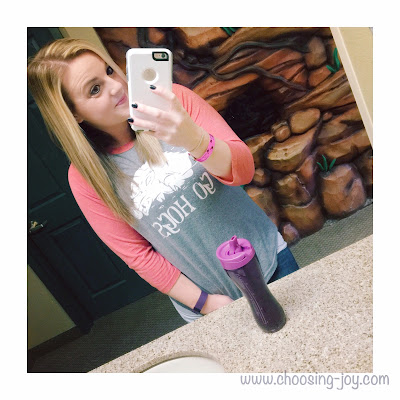 The boys wanted one last picture at GWL before we headed out. Love these sweet boys. We went to GWL in July last year and it was fun, but it was definitely better this time with Rhett being a little older and able to do more. 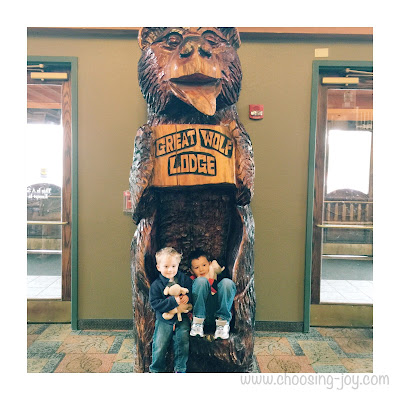 Then we went to Legoland. Again... in July when we went it was CRAZY busy. This time it was Toddler Tuesday when we went so we got in at like half the price and again were like 4 of maybe 30 people in the place. It was great. We even got to see the new 4D short Lego Movie, the boys really enjoyed it. Hudson and Bryan worked on this monster tower almost the whole time we were there and Rhett had one slide he went on like 30 times, I sat in the cafe and drank coffee while they played, it was glorious. 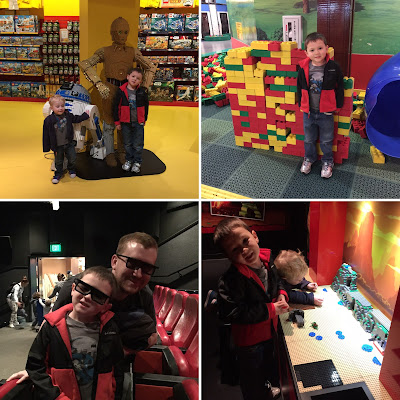 Then we took the boys across the street to Fritz's cafe for lunch. They had a little train that delivers your food, the boys thought it was pretty cool. 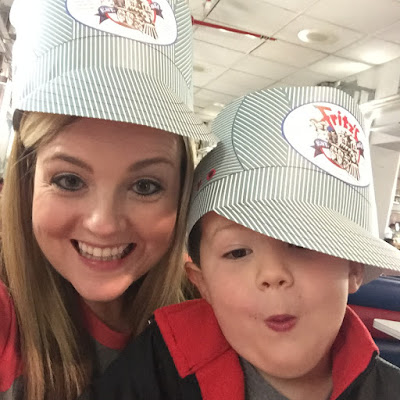 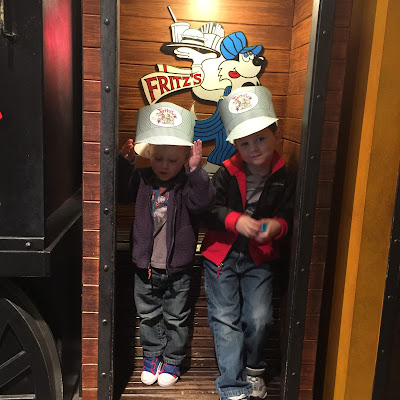 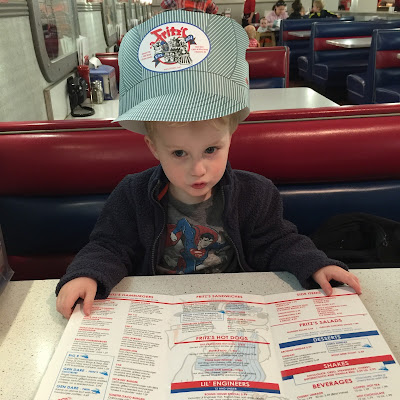 Then it was time to head home. We had a great trip and weren't quite ready for it to be over. I hope my boys remember these fun times, I know it was good for Bryan and I to get away and just spend time with them. Happy Thursday!