We had a little bit of an unconventional Thanksgiving. We decided last weekend that we would make the trip down to Little Rock to spend Thanksgiving with David and Jordan since they'd be alone and we wanted to take the boys to meet Lucy. Little Rock is only about a 3 hour drive from where we live so we packed up Wednesday morning and headed south.

Children's hospital has an amazing playground on the 3rd floor rooftop that my boys loved. 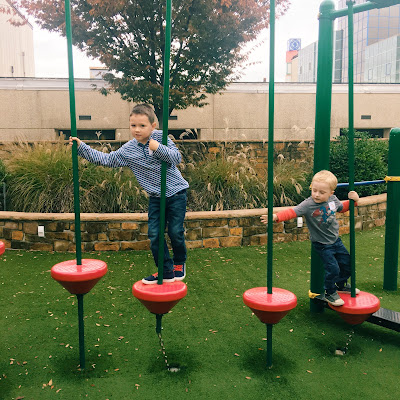 David's sister lives in Little Rock and since they were going to be gone for the weekend, she let us use their house for our Thanksgiving meals. David and Jordan are staying at a friend's apartment, and we were able to stay in the same building in a different apartment when we were there but there aren't ovens or enough space for cooking. I debated cooking the whole meal, but after looking at our options, we were able to cater in the entire meal from Mimi's Cafe for less than $100. It fed us two whole meals and David and Jordan kept at least another meal of leftovers and all we had to do was cook the turkey and heat everything else up. 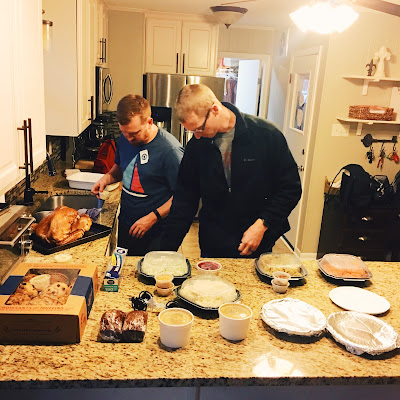 We went back to the apartments and put the boys to bed and stayed up late playing Catan and that weird game with the mouth piece. Bryan took this pic of Jordan and we all thought it was hilarious. 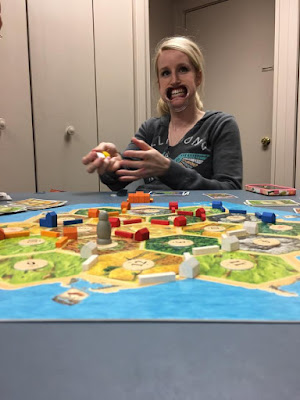 Yesterday we got up early and grabbed coffee-- thank goodness Starbucks was open! And headed to the hospital to see Lucy again. Unfortunately she was still intubated when we were there so we didn't get to hold her or see her for long but the boys were so happy to meet her. 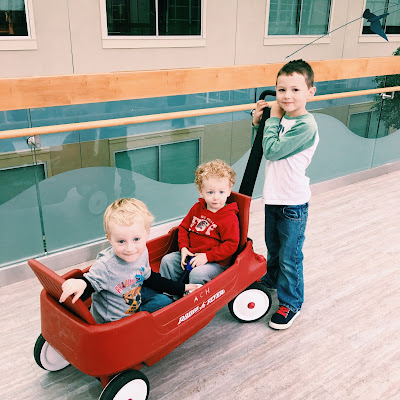 I just love these three little boys. Hank and Rhett look more like siblings than Hudson and Rhett do, it cracks us up. 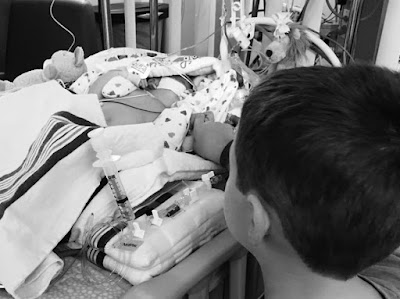 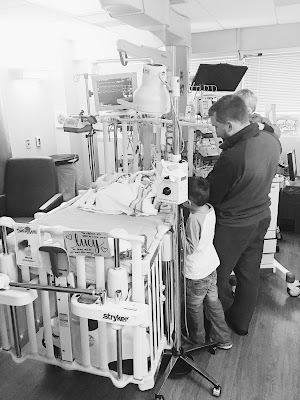 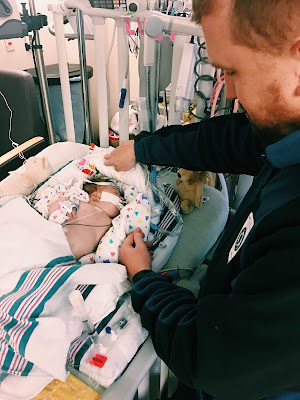 We weren't sure what the boys would think about Lucy being hooked up to so much stuff. We were a little unsure of them meeting her like that after she was first born, but they've seen enough pictures and stuff since then, and Lucy looks SO much better than she did then that we decided it was okay. Plus they've been begging us to take them to see her since she was born. They did really good. Rhett asked lots of questions about what everything was. She was extubated shortly after we left and she is doing well! We are praying every day for forward progress!!!

Bryan had to work today- perks of working for Walmart Home Office in electronics on Black Friday, so we headed home last night. It was a short trip but time well spent!

This weekend we are celebrating Thanksgiving with my family on Saturday and putting up the Christmas decorations because I will be in Florida next weekend on a Beachbody trip-- AHH so excited!

Hope y'all had the best Thanksgiving! Happy Friday!