Where do I even start? This is going to be long-- and mostly for my own memory-- here we go.

Last Monday (1/30) I took the boys to school, picked up donuts and came home to work on my business taxes. I worked for about 30 minutes, got up to make myself an iced coffee, sat back down and all of the sudden a haze went over my head. I don't know how else to explain it except it felt like my whole mind was foggy, my vision went out and it scared the crap out of me. I grabbed my water cup and took a big drink of water and it snapped me out of it. I called Bryan, because the biggest thing that scared me was that I was home by myself. I checked my blood pressure, and it was borderline high but nothing different than it had been and then immediately went to the couch to lie down. I debated calling my doctor- I REALLY didn't want to- but my dad suggested that maybe they'd know why that might happen and it might be an easy fix, so I called and my doctor wanted to see me for an appointment that afternoon.

My dad and grandma came over to stay with me until my appointment and then pick up the boys from school, and Bryan drove me to my appointment. We had taken our bags with us every other time just in case, this time I wasn't even entertaining the idea that we might need them so we left everything at home. My blood pressure at my appointment was borderline high again and I tried to explain what happened to my doctor. She decided to send me up to triage for monitoring and blood work just to make sure I wasn't getting preeclampic. So back to triage we went.

...then the fun started. My head had been hurting all day and I'd taken tylenol with no relief and that usually did the trick with some food. So they gave me some Percocet and Bryan and I played "Heads Up" and I basically laid in the dark room like every other time-- this time my head kept hurting and my blood pressure stayed high... and for the first time Sawyer decided to start causing problems. He had a sharp deceleration in his heart rate- from like 187 to 54 which brought the nurse in running to reposition me. It was the first time in all of my monitoring that this had happened, and isn't super uncommon when you're having contractions, but I wasn't. So my doctor ordered an Ultrasound to check on his size and on my fluid levels. We were excited to get to go see him and he did NOT cooperate. He had his hands and feet by his face. But everything else looked ok and they had him measuring right on track- about 6 lbs 6 oz. So we went BACK to triage and they decided they wanted to watch us for one more hour and then if all was well send me home to come back again the next day to see my doctor... and then he had another deceleration which got us checked into the hospital over night to watch him.

The next several hours are a blur. He had 10 or so decelerations between 6 PM-2 AM. They weren't letting me eat and I kept having to lie in really funky positions. Bryan ran home to shower and take care of our dogs and grab our bags at one point and I think I really just tried to sleep off and on. At 2 AM the nurse ran in and I could tell she was really concerned about something. He was in some kind of a weird rhythm that was very concerning but she turned me and we got him out of it. I made the mistake of looking up the rhythm and freaked myself out and at that point I knew it was getting serious. She told me that the doctor on call was aware of what was going on and had basically said I wasn't going to be pregnant much longer and that I could kind of prepare myself for an induction the next morning.

Then around 3 AM he had a deceleration that lasted over 8 minutes. I was sound asleep and 5 nurses ran in my room and I had flip all over and at one point a more seasoned nurse looked at my nurse and said "Go call the doctor RIGHT now". And then I knew I was about to go for a C-Section. They finally got his heart rate back up to the safe range and left the room. Bryan had slept through EVERYTHING, so I woke him up and told him what was going on and before I could finish the lights were on and the nurse told me we were going for an Emergency C- Section because they were worried about Sawyer and at that point it was evident he wouldn't be able to tolerate normal labor. I had Bryan immediately call my mom (who lived about 40 minutes from the hospital) and it was less than 10 minutes until they had me in the OR getting prepped for surgery. It really is such a blur. I was greeted by a familiar face- probably a sign from God that He had it under control- a friend from nursing school ended up being my OR nurse who sat with me while I got my epidural and just really helped me calm down and take in what was happening. They got the epidural in and brought Bryan back (my mom pulled in the parking lot as they were bringing Bryan back to the OR) and within minutes we were meeting our baby boy. I completely lost it when I heard him crying for the first time- to say I was concerned is a huge understatement. 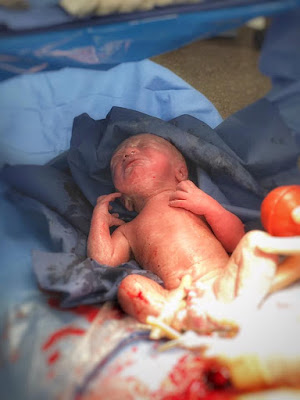 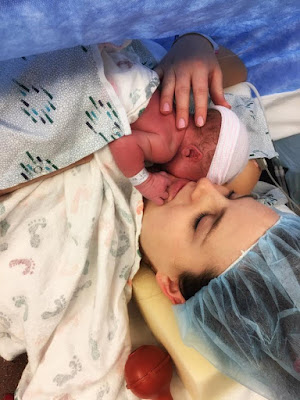 Bryan got to go back to my room with him and met my mom there. 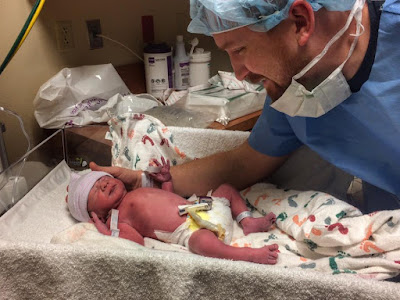 He was born at 5 lbs 14 oz. 18 3/4 inches long. And perfect and beautiful in every way. He had a little heart murmur and some trouble breathing so he got to go to the nicu for the first 12 hours of his life. 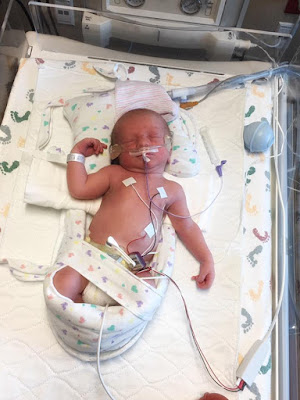 ...and that's the story of how me almost fainting ended up with an emergency c-section in the middle of the night.

I think the two things are completely unrelated but I couldn't be more grateful for my doctor trusting her instincts to have me monitored that day or we wouldn't have known what was going on with him. They're still not sure what was causing the decelerations, he could have been pulling on his cord, laying on it... or who knows. They sent my placenta for testing so maybe we will know soon. But I am SO thankful that we were in the right place at the right time.

We then spent all week at the hospital and found out that Sawyer has a minor heart defect. And that's all going to have to wait for another post. We are all in love with our baby and so grateful that he is here safely. I am recovering from my c-section and trying to soak in all these days of newborn goodness. 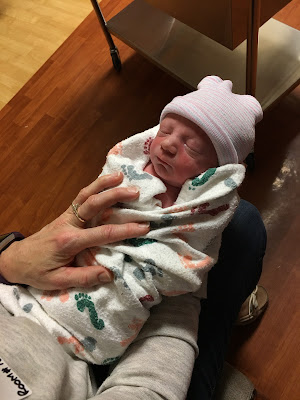