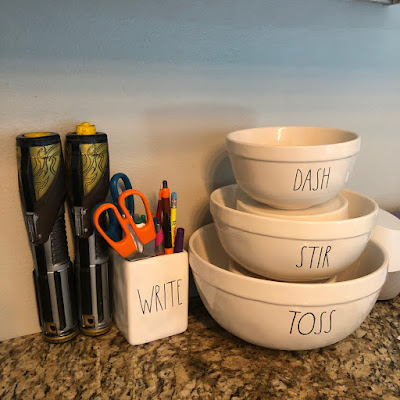 On my kitchen counter, next to my prized Rae Dunn collection and all the important things that most counter's hold, sit two "Golden Lightsabers". Typically I don't keep toys on the counter. My counters stay cleaned off and decluttered. But yet, this is where the light sabers live... 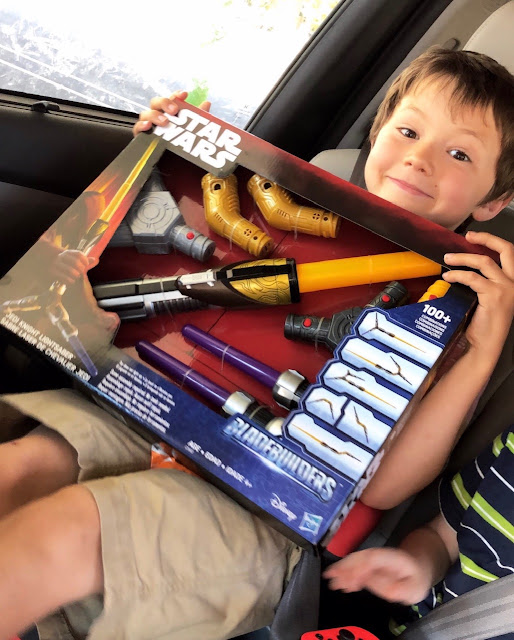 My first born turns 9 in less than two weeks. He'll have to correct me, but I believe that we got his first golden lightsaber right before he started Kindergarten. Since that day it has been his most prized possession and favorite toy. The minute he gets home from school he changes shoes and goes out to play. He acts out battles and fight scenes. He saves the princesses. He attacks the bad guys.

Last night when I called him in for a shower he said, "I'm almost done with my battle, Mom. Can I have five more minutes?" This is a legit thing. He doesn't play with anyone, it's a game in his mind, and something I hope to always have ingrained in my memory. 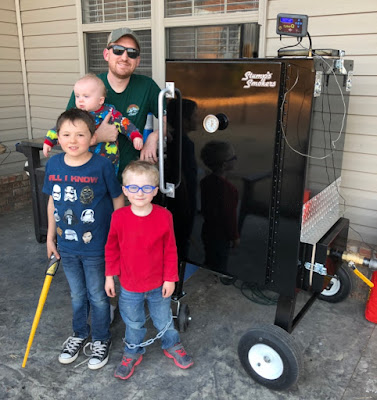 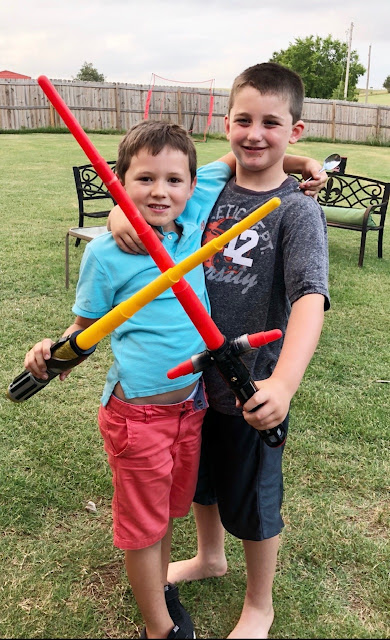 But I realize he's getting older. He loves baseball and Fortnight. He spends time after school playing Nintendo Switch with his school friends or having playdates. My baby boy is getting big. He is the most thoughtful, helpful and kind child I have ever known. I am loving watching him grow up and love the person he is becoming.

Eventually the lightsaber won't reside on the counter any more. It'll be replaced with something "cooler" and will probably be forgotten. (Cue a Toy Story 3 moment, don't get me started).

So if you come over and see the light sabers in their place, now you know why. And if you don't... I'm sure there will be something from one of his sibling's in it's place. And possibly the best thing about having so many kids with an age gap between them is just like Hudson loved Toy Story when he was two, now seven years later his baby brother, Sawyer, watches it on repeat and maybe he'll love lightsabers too.