I have done a few of these "a day in the life posts" and yesterday we didn't have a lot planned so I took pictures to document our day so I can look back and see what I did all day with a 1 year old and 3 year old!

My boys usually get up between 6:30-7. Hudson has been working on his bible verses first thing in the morning and helping me clean up around the house. He has been SO good about not asking for shows, etc. So after his chores are done and his verses are said I let him watch Little Einsteins, Super Why or something else educational while he eats breakfast, he doesn't typically like breakfast but I can usually get him to eat waffles and drink a smoothie. He obviously was thrilled about this picture. Rhett loves to eat, and usually spends a good hour in his high chair eating in the morning. 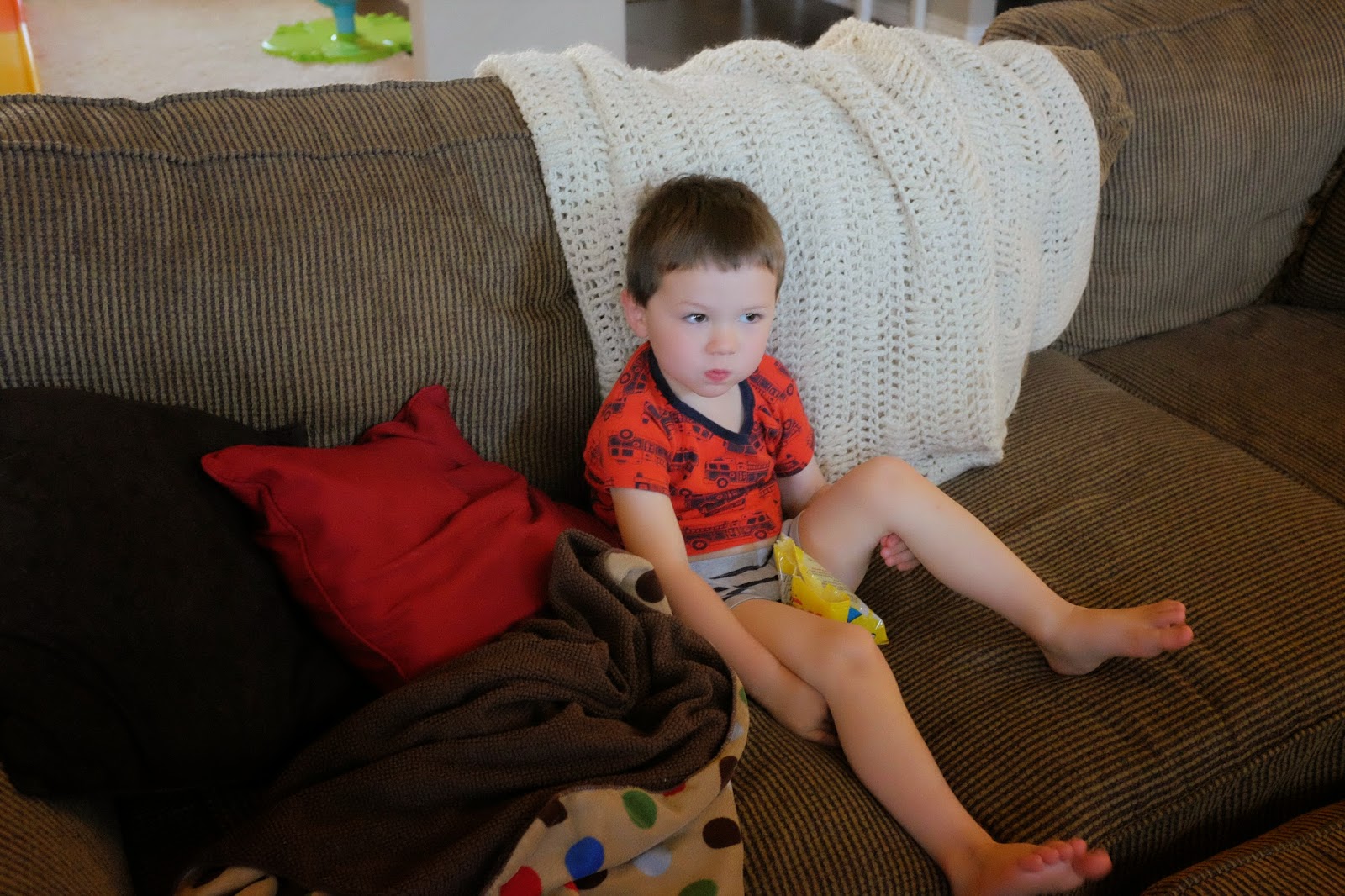 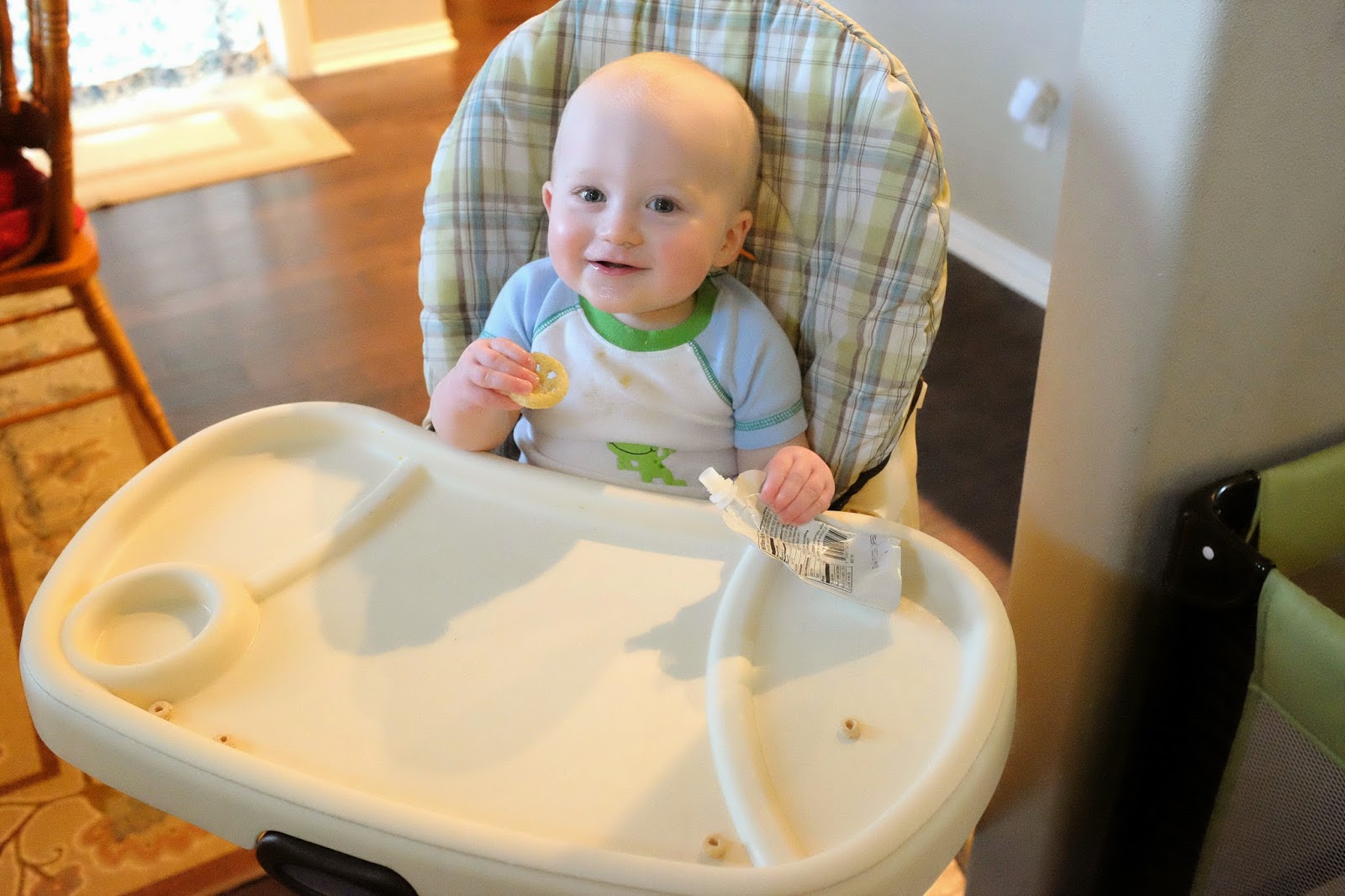 Then my dad came and picked Hudson up to take him for the afternoon. Usually he does that one day a week. They went to Chuck E Cheese, to get ice cream and to see my mom at work. While they were gone Rhett and I went to Wal-Mart and scored some deals that I blogged about here. Then we ate lunch, played awhile and he went down for another little nap. While he napped, I blogged and watched a couple of shows. 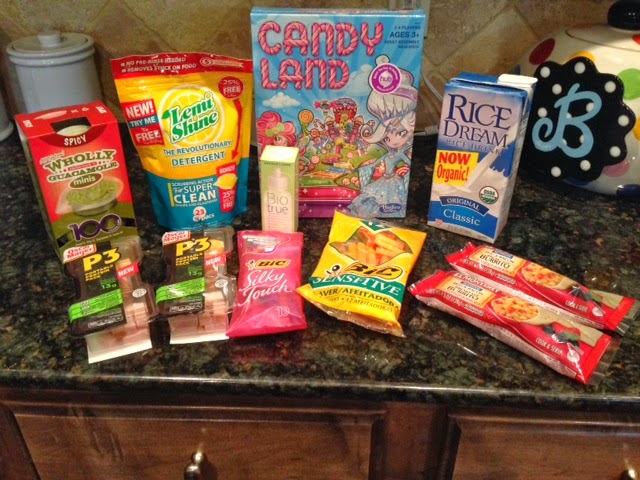 My dad brought Hudson home and it was dinner time so I fed the boys in the kitchen and made some cookies. I usually feed the boys around 5 and I wait to eat until Bryan gets home... Hudson loves making cookies with me. We have a couple of play dates coming up and I like to make homemade stuff because it's cheaper and yummier! 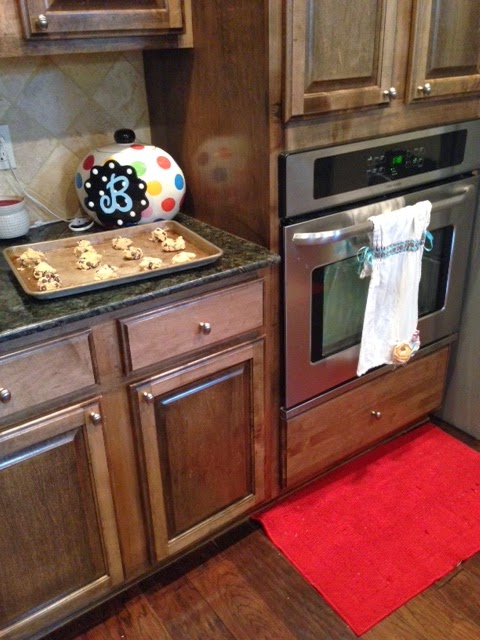 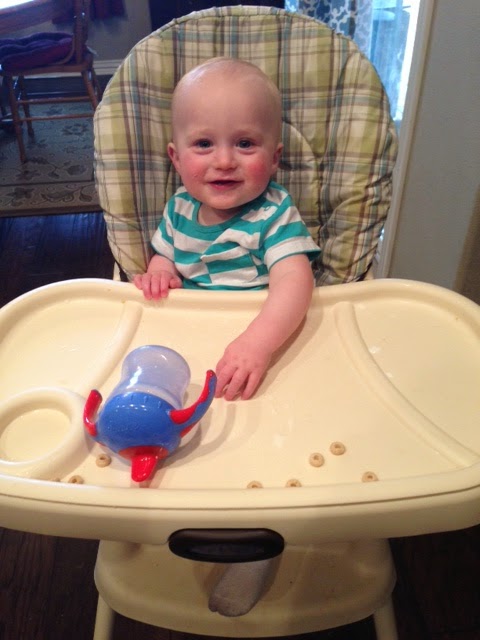 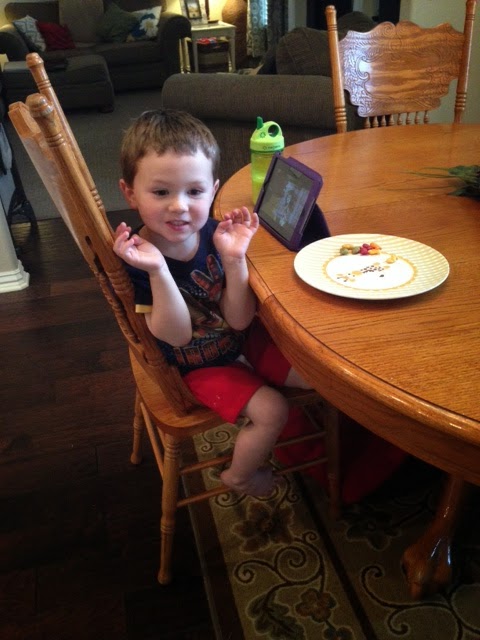 Then Hudson played in the yard again, I love living in a neighborhood and having a fenced-in yard where I can just let him play. I leave the screen door open so I can see him from the kitchen and he just plays and plays. He really loves his construction sand box that Grammy and Pa got him. 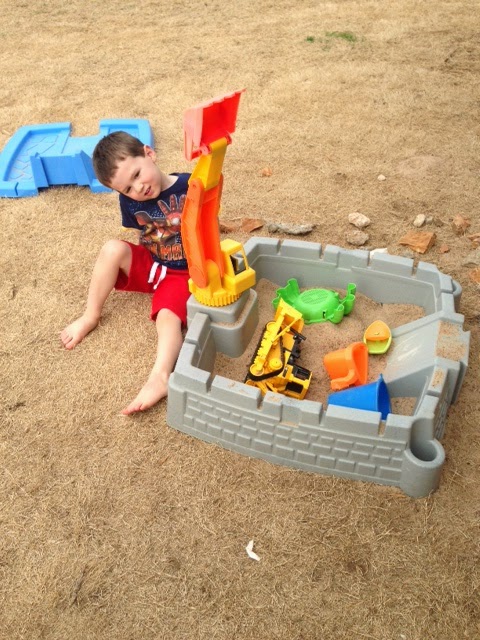 Oh and I did laundry, buuuuut I haven't put it away yet. I'd like to say that this is abnormal, but it would be lying. I have a hard time putting it all away. 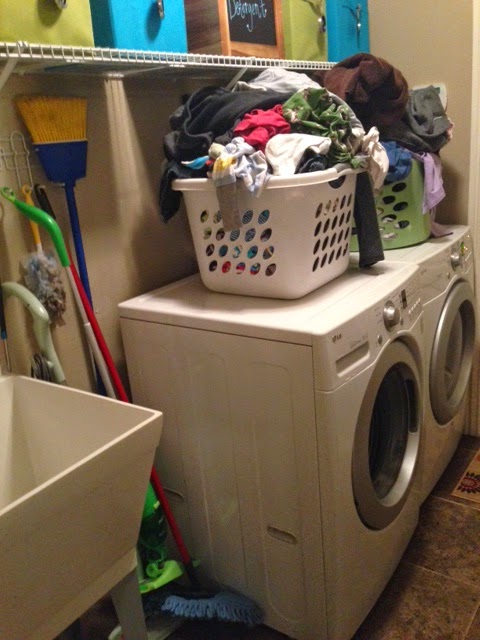 Bryan worked late and since Hudson skipped naps he was a little crazy so we took baths, read books, said prayers and were in bed by 6:30. 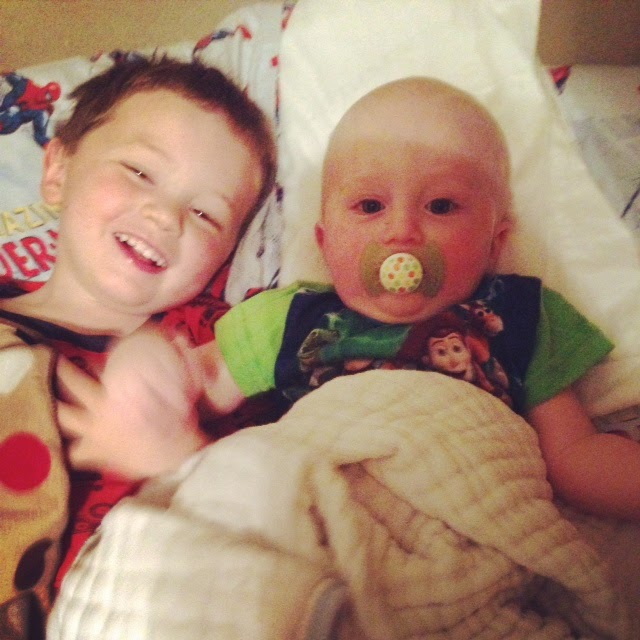 Daddy came home right after I had put the boys to bed so he had to get them up and love on them for a few minutes. 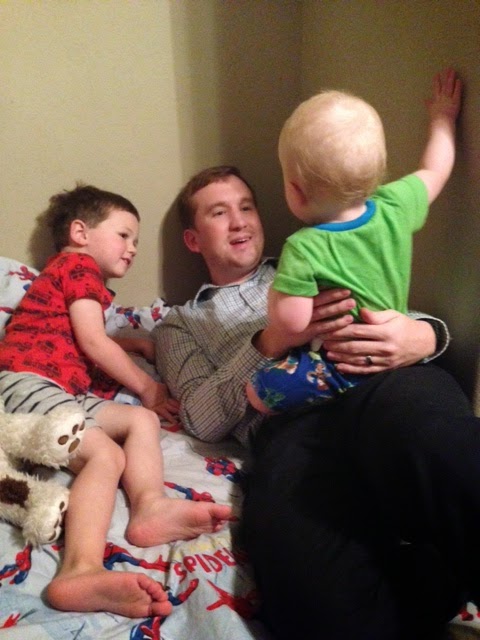 After the boys went back to bed, I made dinner (umm... and by "made" I mean, I heated up left over pizza) and we watched Survivor and some YouTube videos. We stayed up super late (like Midnight) the night before watching 4 episodes of The Walking Dead so we were tired and in bed by 10!