We had such a good Christmas. We did NO traveling and it was absolutely wonderful.

Let's start the recap on the 23rd! It was my Grandma's 70th Birthday! We went out to eat dinner at Crabby's and it was super yummy.

I wore my new booties (from Southern Sisters Boutique) which were an early Christmas present to myself! 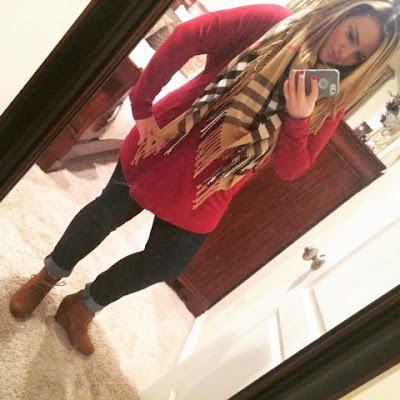 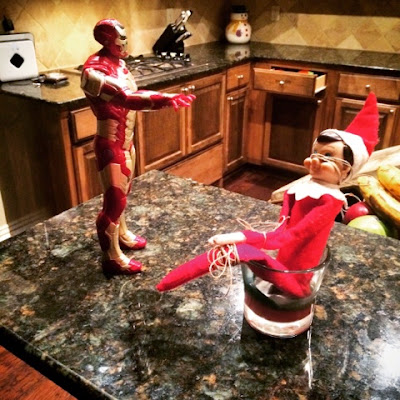 I was also VERY glad that the 23rd was the last night I had to move "Yem" our Elf. My dad had this idea and Hudson got a big kick out of it! 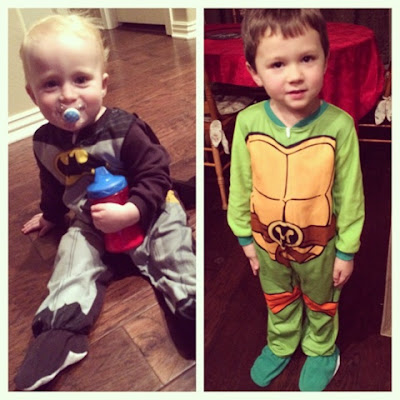 Christmas Eve Tony, Jordan and David came over. We watched Home Alone 2 and ate Janet's brisket. The boys opened their Christmas Eve box with these Pj's inside! They're so cute! 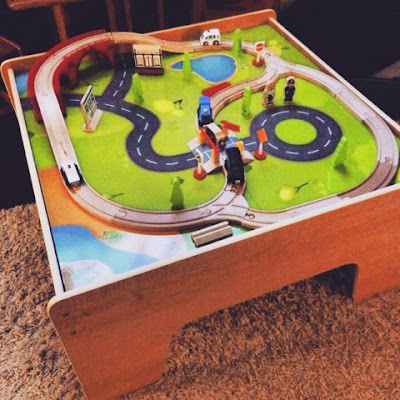 Christmas morning the boys slept until 6:30 and then got up to open their stockings and big gift from "Santa", a train table. Tony, Jordan and David came over around 7:30 to see the boys open their gifts and we had breakfast and hung out all morning.

Then around lunch time we went out to my parent's house for gifts with all of my family. 4.5 hours later we were finished with gifts and spent the evening playing games and taking silly pictures.

I got an UP24 by Jawbone and am loving it so far! Bryan did good! It syncs sleep, activity and food with my iPhone. 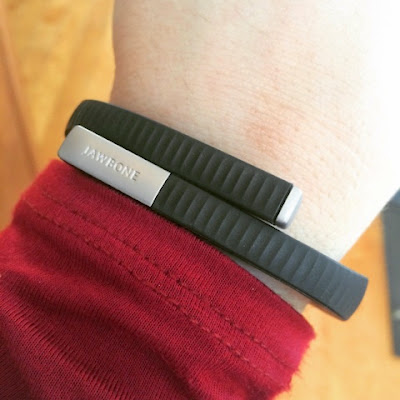 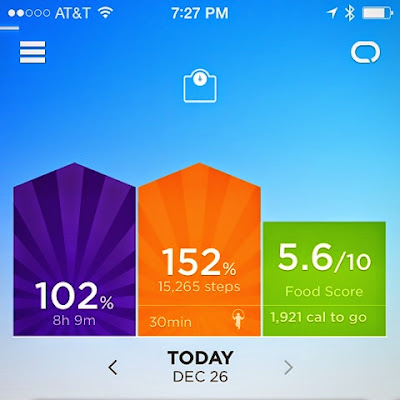 Friday I went shopping with my mom, aunts and cousins. Then Friday night we had a crab boil and stayed up super late playing games and hanging out. It was so fun!
Saturday and Sunday we did more of the same and just took it easy! It's been so nice having Bryan at home with us and he is home again today and only has to work Tuesday and half a day Wednesday this week, I love it. I got the Christmas decorations taken down, we've watched several movies and started season 2 of Modern Family (we are rewatching the series!), and have packed some stuff for the move. Yesterday we took Hudson to spend some of his Christmas money to get more action figures for his Disney Infinity (that was his BIG gift this year). And last night we went to Tony's for dinner and games because Bryan's step brother, Chris, and his family are here for the week! 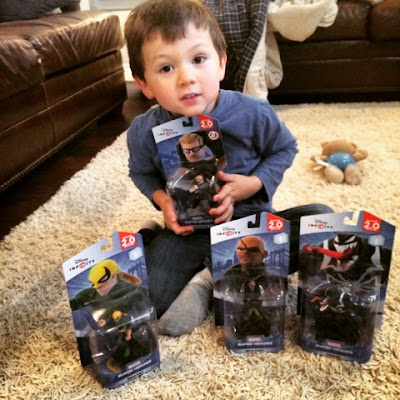 I'm giving myself until next week when the boys start Mother's Day Out back to start REALLY packing... but it's crunch time because we close three weeks from Wednesday! AHH! I am so excited but there is still SO much to do!

Hope you all had a very Merry Christmas! I've emailed several of you who commented on THIS POST about getting fit in 2015 but I'd love to share more details if there are more of you interested!! Shoot me an email or leave a comment on that post for a chance for some free Shakeology!