It's beginning to look a lot like Christmas in Northwest Arkansas. After an unseasonable warm start to December, the weather has cooled off and I like it. We've been in our warm PJ's and have been able to have the fireplace on. Hudson had his school Christmas play on Wednesday. It was so cute. He was a little shepherd. My dad and grandpa got to come watch with Bryan and I, Hudson was thrilled. 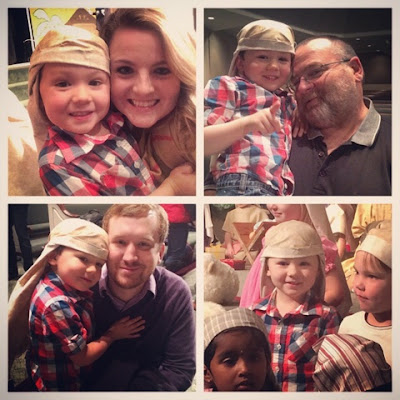 Yesterday I scrounged around and found some stuff to make "crafts". All of our good craft stuff is already in storage for the move, but I found some pastel green paper, our reject crayon box and my aunt had given the boys some Christmas stickers. Christmas Pictures it was! Hudson was thrilled and Rhett was a lot more interested in eating the crayons than anything else. 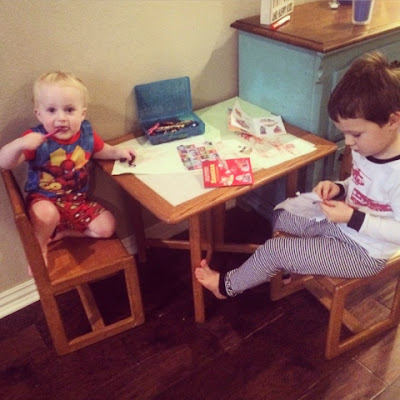 Bryan's Annie (his grandma) sent the boys a package and Bryan opened it with them last night. 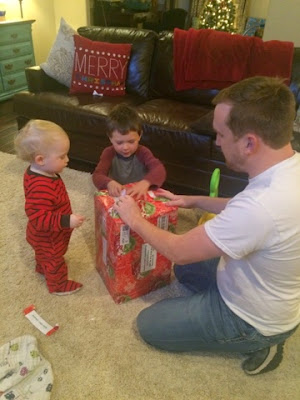 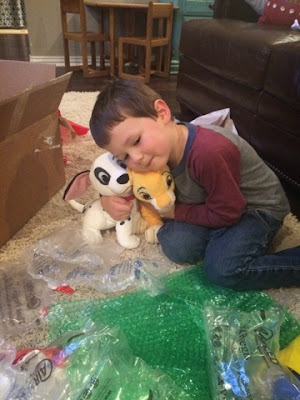 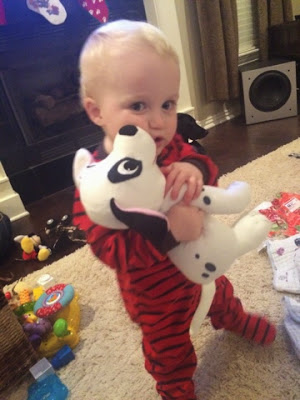 And of course the BEST present you could ever give little boys-- FLASH LIGHTS. Oh my goodness! 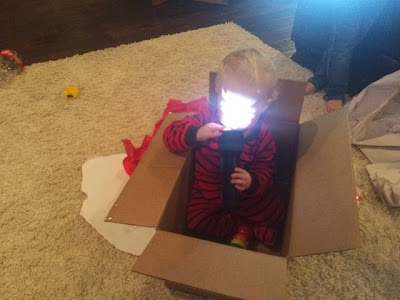 They were so excited to open this package that I can only imagine how fun Christmas is going to be with them this year! I am pumped.

Then Bryan, Hudson and I made a pallet on the floor in front of the fire place last night and watched the first Home Alone. Probably my favorite Christmas movie. Bryan and I were cracking up about things that seem so OLD and crazy now (they make a joke about being able to make a phone call from a tree house... 25 years later and kids don't get that at all! Everyone has a cell phone! And they want to steal VCRS! ha ha ha ha ha!)....

Anyways, I am so glad we are having a "normal" Christmas this year after the last two Christmases of losing loved ones and being in the hospital. I can't believe it's been a year but more on that later.

My grandma got here last night and the rest of my family will be here this week. Then next weekend Bryan's family is coming.

Happy Saturday, friends! Hope it's feeling like Christmas where you are too!
Email Post
Labels: christmas family love