Weekend In Review! And prayers please! 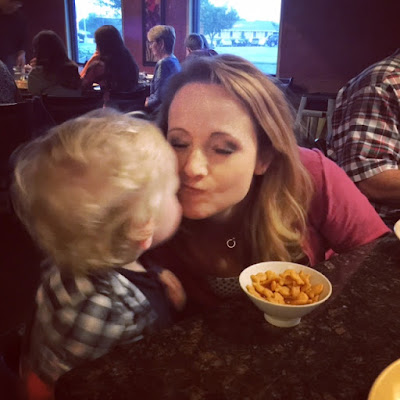 Friday night we went to Shogun with my parents and grandpa. Rhett had never been and we weren't sure how he would do. He was pretty good except terrified when they did the big fire. It was fun...

Saturday morning Hudson had his second soccer game. He scored a goal and was so excited. I wasn't sure how I would feel about going to games every week, etc... but I really love watching him play! Good thing since I have two little boys who will probably play lots of different sports growing up. 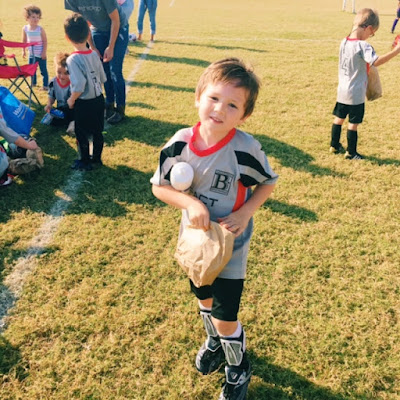 After his soccer game I went to a wedding shower for one of my best friends from High School. 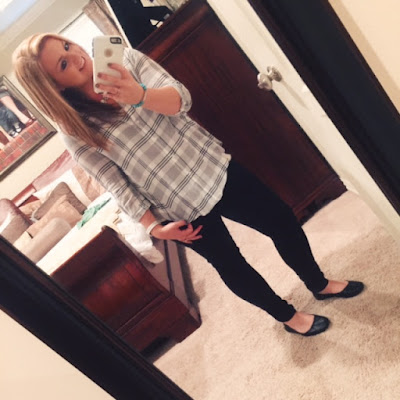 I made her a little gift basket with a bunch of the Pioneer Woman stuff from Walmart. I really really want to re-do my kitchen in all of this stuff but I'm pretty sure that's not practical or good for paying off debt. So I picked out the cutest stuff and gave it to her instead. 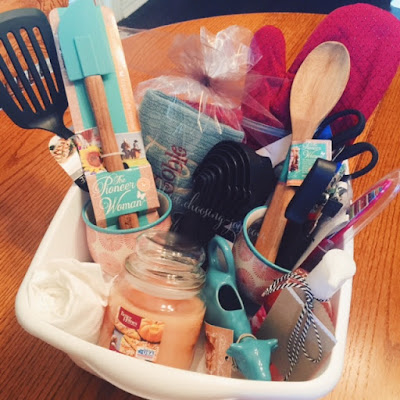 Stacy, Jackie and I have been friends since 9th grade. We were just missing our 4th, Mickelle, who is in Japan. And yes I am in different clothes than pictured above because it was WAY too warm outside for flannel. A girl can dream of fall, but the weather just wasn't cooperating. 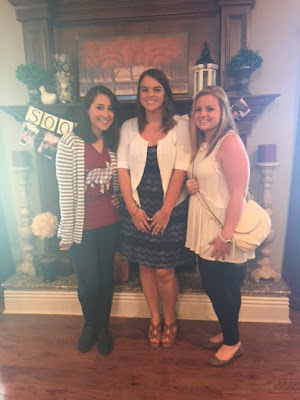 Then Saturday afternoon we hung out on the Patio and let the boys play outside. We got the box of Fall decorations down and I decorated the house while the boys napped. Bryan smoked ribs and brisket all day/night. My parents and grandma came over for dinner and we stayed up late watching the Hogs lose... but at least they played better this week!
Then yesterday I got up super early and met Rebecca and Katy to run 5 miles. It was dark when I left the house and I got to watch the sunrise while I drove. We had a great run. It really is therapeutic to just be with my friends and talk life several times a week. I am so thankful for these two. 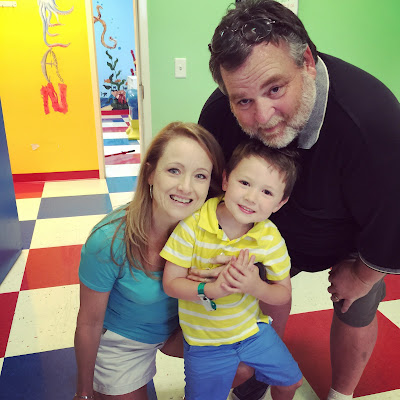 ...on that same note, will you please be praying for me and my family, especially my dad, this week? My dad goes back in for his second surgery to remove his thyroid tomorrow. He was diagnosed with Thyroid Cancer in July and we aren't sure the extent of it... but if you know anything about our past, cancer is not something we want to deal with again OR have our boys (specifically Hudson) deal with... he knows that Pa is having surgery and that he won't be able to play with him for a few days while he has the medicine but we've been very careful to not say the "C" word around him. 5 year olds should have no concept of what cancer is or what it does.... and I am so sad that my son does... but I know my dad is a fighter and so strong-willed and that we serve a big and mighty God who can heal anything and since we don't know the extent of the cancer yet, I have tried to remain positive.

My faith has grown so weary since losing Janet but I know the Bible says that if we even have the faith of a mustard seed that we can move mountains. Today I am just trying to muster up the tiniest amount of faith to sustain us-- I know that God will pick up where I am weak.