The {Second} TIme I Channeled my Inner-Duggar.

So this may come as a surprise to you, but I (and Bryan...) used to be obsessed with the Duggars. Yes, the family that has 19 kids! They live about 20 minutes from us and I have a friend that lives close to where they live and told me where their house was.... so back in the day (after marriage but before children) Bryan and I used to go on drives and frequented driving by their house.

Since then I've been a little busy being obsessed with my own family and no longer have cable so that stage has passed. We have seen some of them out in public, so that's cool too!

Anyways... Since Sunday I have been helping my grandma watch my little cousins (along side my own kids). There are 10 of us total (including Hudson and Rhett as great grandkids) and I am the oldest. My brother and my cousin, David, who just graduated from the Naval Academy were the only ones not there... and they are the two oldest after me. We all stair step by about two or three years or so... so my other cousins range in ages from 16 all the way down to 7. We had a few days at Grandma's last year and decided to do it again this year!

Let me just say I have a new appreciation for parents with more than two kids-- talk about work! And there were two adults and two older kids and I am still worn out! 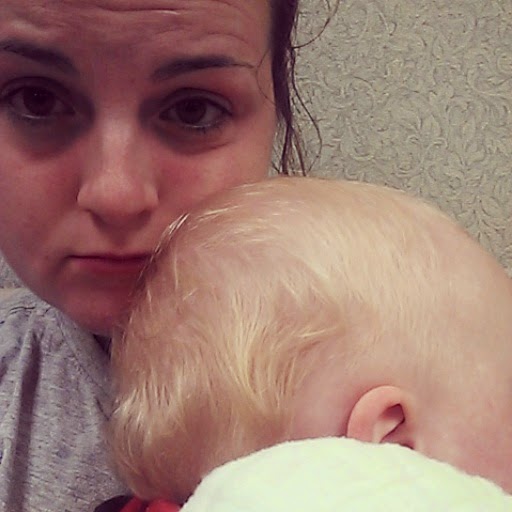 I ended up in the ER with Rhett last night. He woke up screaming around 9 and was in awful pain and had some bad swelling in his boy parts. I called my mom (who is a Family Practice APN) and even though my gut was already telling me to take him in I like to always get her advice. So I packed up the diaper bag and left in a rush because I was worried it might get worse or be an allergic reaction. Abi went with me while Grandma kept Hudson and the rest of the kids and we hung out in the ER for 3 hours with a VERY fidgety baby (because it was MIDNIGHT) to find out it was just a very bad yeast infection. After some anti-fungal cream, he is good as new. Good thing we've already met our deductible this year. My sweet husband was already driving up to be with us (I might have been a little frantic on the phone with him, no matter how much medical practice I have, it all goes out the window when it comes to MY kids) but turned around when we found out it was fairly common in babies.

We got up early and headed home this morning. I wanted to get home in case Rhett's swelling got worse so we could see out Pediatrician and tomorrow is Bryan's bithday and I needed to get ready for that.

So... while I enjoyed time with my family, I am more positive than ever that two kids is the perfect amount for us right now. I am NO momma Duggar! That's for sure! :) Hope you've all had a great week!!!
Email Post
Labels: love review